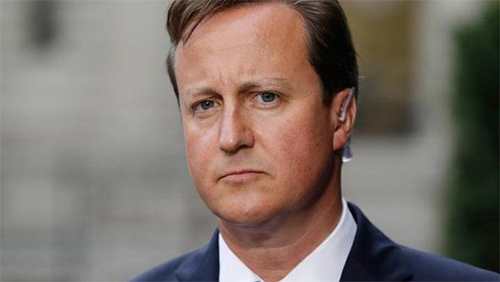 A week after the Panama Papers first surfaced, the Prime Minister, David Cameron, is facing calls for his resignation. In the public imagination, David Cameron and tax avoidance are now inextricably linked and since his  Government has loudly castigated such activity as morally repugnant, accusations of hypocrisy are in the air.

But is this fair or justified? Mr Cameron has admitted that he owned shares in his late father’s investment fund, which was domiciled in Panama. He paid tax on the dividends from these shares but did not pay capital gains tax on their disposal as the gains were below the annual exemption.

The main criticism of the arrangement was that the Prime Minister’s father, the late Ian Cameron, chose to base the fund in an offshore jurisdiction. This, it has been said, was not for tax avoidance purposes, but to avoid exchange controls, thereby enabling the fund to invest in dollar-denominated securities. But that doesn’t matter to the gentlemen and women of the press: offshore equates to tax avoidance, and, for them, no further analysis is necessary. It is true that the income and gains of the fund were not taxed in Panama, but does that mean therefore that they were not taxed in the UK? Part of the point of funds like Blairmore was that they were open to overseas investors and UK investors alike. Would it have been reasonable, or indeed commercially viable for the fund managers, for overseas investors to suffer UK tax on their income and gains for which they almost certainly would not receive relief from tax in their country of residence? The purpose of an investment fund is to deliver investment returns, not to pay tax where it doesn’t need to be paid.

Now, this is pretty obvious stuff when you think about it, but how many of those now heaping opprobrium on Mr Cameron and his late father’s memory have got even this far in their thinking? This is not tax avoidance in the Jimmy Carr or Chris Moyles sense. Loopholes were not being exploited and rules were not being bent. If the arrangements had constituted unacceptable tax avoidance, the Inland Revenue, as it was at the time, would have attacked it as such. It did not, and its successor, HM Revenue and Customs, would not do so now, for the simple reason that this offshore fund, and countless thousands of similar funds established in the years since, are in fact entirely commercial and tax-neutral arrangements, aimed at avoiding double taxation.

It may be mere coincidence that these ‘revelations’ (they are in fact extremely old news to many of us) have emerged just as the Prime Minister is under enormous political pressure both from the pro-Brexit wing of his own party, from an opposition which has struggled to make any kind of mark since last year’s election,  and, perhaps most importantly, from the newspaper proprietors who support each faction. What is certainly not coincidental is the degree of ferocity with which he has been attacked in the last few days for arrangements which he might have benefited from to a modest degree, but for which he was not responsible in any way. The debate has moved more recently to Downing Street’s handling of the matter, and while one cannot deny that he bears ultimate responsibility for that, what is questionable in that regard is his political, not his moral compass. The situation is akin to the story of the Emperor’s New Clothes, but with a strange twist: it is as if journalists and Mr Cameron’s political opponents are calling attention to his nakedness and being believed while those of us with a more rational approach can see that he has in fact been perfectly decently clothed all along.