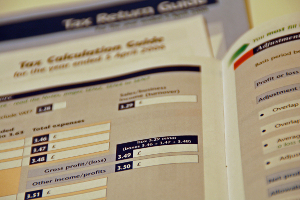 The Court of Appeal handed down its judgement in the case of R on the application of Derry v HMRC on 20 June. It is a case that could be significant for individuals who have participated in marketed tax arrangements and have made claims to carry back losses to earlier years.

When Mr Derry’s tax advisers completed his 2010/11 tax return, they included entries in connection with a capital loss on the basis that it was a loss incurred in the year on the disposal of qualifying shares in a trading company within section 131 of the Taxation of Chargeable Gains Act (“TCGA”) 1992. Those entries made it clear that Mr Derry was making a claim to carry back and set against his income for the 2009/10 tax year the loss he had in fact incurred in 2010/11, and included a calculation of the tax relief claimed. Mr Derry had suffered PAYE tax on his employment income for the year and therefore claimed and duly received a repayment in respect of that loss.

Subsequently, HMRC took the view that the purported loss, which had arisen as a consequence of a marketed tax avoidance arrangement, was not allowable and sought to recover the tax it had previously repaid to Mr Derry. HMRC had opened two enquiries: one into the loss relief claim itself and another into the 2010/11 tax return. However, significantly, no enquiry had been opened into the 2009/10 tax return and, as the judgement observed, they were now out of time to do so. This arguably inexplicable omission proved to pose a serious difficulty for HMRC.

HMRC proceeded to issue a demand for the tax that Mr Derry had originally self-assessed on his 2009/10 return arguing that the loss claimed was not allowable. Mr Derry made an application to the Upper Tribunal Tax Chamber for judicial review of the issue of the demand, and the Tribunal’s judgement was the subject of this appeal in the Court of Appeal.

The judgements in both the Upper Tribunal and the Court of Appeal contain a great deal of technical discussion about the scope and application of Schedule 1B of the Taxes Management Act 1970 (which sets out the procedure for dealing with claims affecting more than one tax year) and whether that legislation applies specifically to claims for share loss relief. But the salient point arising from the appeal is that, if HMRC has not made an enquiry into the return for the year in relation to which the carry-back claim is made within the relevant time limits, it cannot recover the tax relief claimed. The Court of Appeal took the view that this was the clear implication of Lord Hodge’s judgement in the Supreme Court case of Cotter v Revenue and Customs Commissioners, which it said the Upper Tribunal’s judgement had failed properly to take into account.

It is understood that HMRC is seeking leave to appeal to the Supreme Court. It appears that there is considerable doubt, however, as to whether this will be granted as the Court of Appeal was quite clear in its view that Lord Hodge’s judgement in Cotter was determinative of the issue.

The consequence of this decision in practical terms is that, subject to the outcome of any appeal, HMRC will be unable in many cases to recover loss relief claimed even if HMRC eventually succeeds in showing that the relevant loss should not have been allowed. It would have been simplicity itself for HMRC to protect the revenue by ensuring that all appropriate formal enquiries were issued, but this they signally failed to do in cases like Mr Derry’s.

It is all very well for HMRC to wage its much publicised war on marketed tax avoidance but they have missed a fairly obvious point here and their procedural failings in these circumstances mean that the individuals concerned get to keep every penny of the tax they sought to avoid, whether the arrangement is found to work or not. I am aware of numerous cases where HMRC has failed to make the correct enquiries and while those failures provide arguably undeserved windfalls for some avoidance scheme users, the result is hardly a good one for the exchequer or for taxpayers generally.

If you have any queries on Derry v HMRC or similar issues then please do not hesitate to contact us.