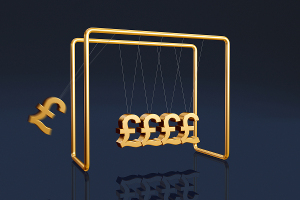 The General Anti-Abuse Rule (“GAAR”) first came into effect in July 2013 on the passing into law of that year’s Finance Act, introduced by George Osborne, the then Chancellor in the Coalition Government. Yet it was 4 years later when the GAAR panel issued its first opinion last week, confirming that arrangements for paying employees in gold bullion (of which said employees never took delivery) were within the General Anti-Abuse Rule.

Several excuses have been offered for the delay between the implementation of the GAAR and the panel’s first opinion, including a downturn in the use of tax avoidance schemes but in all honesty, they are a touch unconvincing. Only HMRC can refer cases to the GAAR panel, so any blame for its lack of activity does not lie with taxpayers or the panel itself.

In the four years that have passed since the introduction of the General Anti-Abuse Rule, we might have been forgiven for forgetting exactly what the point of it was in the first place. When the rule was introduced in 2013, its main stated purpose was to act as a deterrent to those participating in abusive tax avoidance arrangements.

However, the simple fact is that there are now many other deterrents in HMRC’s arsenal that are much more effective than the GAAR. In a sense, the 2013 Finance Act was a mere warm-up for the much more drastic steps taken in the 2014 Finance Act, particularly giving HMRC the powers to issue Accelerated Payment Notices and Follower Notices, which, unlike the GAAR, it has pursued with (sometimes excessive) enthusiasm.

There has also been something of a sea change in the attitudes of the Courts and Tribunals to tax avoidance arrangements, as evidenced by a succession of cases over the last 4 decades culminating in the decision in RFC 2012 Plc (in liquidation) (formerly The Rangers Football Club Plc) (Appellant) v Advocate General for Scotland (Respondent) (Scotland). The purposive approach to statutory interpretation has enabled the Judiciary almost to turn the law on its head when attacking the substance of tax avoidance arrangements, a feat which Government has signally failed to match (even if it has fared better with the management of its cashflow). Whether it is appropriate for the Judiciary to usurp a function that should arguably be the province of the democratically elected (if often rather clueless) Legislature is another matter. But given these developments, is there now any point to the General Anti-Abuse Rule?

In evaluating the GAAR’s current and continuing relevance, it is important to focus on the fact that it is not an anti-avoidance rule, but an anti-abuse rule, and that is a very important distinction. In other words, the fact that arrangements seek to avoid tax does not necessarily bring them within the GAAR. The arrangements must also be “abusive”. They are deemed to be abusive if they fail to meet what is known as the “double reasonableness test”. They must be “arrangements the entering into or carrying out of which cannot reasonably be regarded as a reasonable course of action in relation to the relevant tax provisions, having regard to all the circumstances…” (Finance Act 2013, s. 207(2)).

Prior to the enactment of the General Anti-Abuse Rule, there had been many years of discussion of a much more wide-ranging UK General Anti-Avoidance Rule. Such a rule had been hinted at by the then Chancellor Gordon Brown in his first Budget in 1997 and consulted on in 1998 and 1999. Those proposals led nowhere. The accountancy and legal professions, in particular, were set against the idea. At the time, one senior lawyer described the idea of a General Anti-Avoidance Rule as a “dangerous chimera”, stating that “it [would] supposedly, answer the question of what is avoidance or not by determining that actions which frustrate the intention of parliament should be ineffective. A general anti avoidance provision does no such thing. Merely saying that steps taken for tax avoidance motives can be ignored or rewritten takes the analysis no further. It is merely a pious statement that that parliamentary intention should not be frustrated”. That lawyer was Edward Troup, then a partner at the law firm Simmons & Simmons, now Executive Chairman of HM Revenue and Customs.

In the meantime, of course, tax avoidance schemes proliferated. A General Anti-Avoidance Rule was again considered in 2004 but rejected for the same reasons it had been in 1999. Instead, the Labour Government of the day charted a rather different course, introducing legislation which required promoters of tax avoidance schemes to notify them to HMRC (the Disclosure of Tax Avoidance Schemes regulations (“DOTAS”)). The purpose of DOTAS was to ensure that HMRC became aware of the nature of the schemes being marketed in real time rather than years later, and, where necessary, to enable it to introduce targeted anti-avoidance rules (“TAAR’s”) to counteract them. While HMRC already had the power to withhold tax repayment claims if it suspected tax avoidance, the norm was to “process now, check later”, which often meant that the repayments claimed had been made to the taxpayer long before HMRC was aware that anything might be amiss. But DOTAS did nothing at all to enable HMRC to monitor or prevent the kind of avoidance activity undertaken by major corporations as the regime was targeted at marketed schemes.

In 2010, the prospect of some form of General Anti-Avoidance Rule was again on the table, largely due to political pressure on the newly elected Coalition Government. 3 years into the financial crisis, and in times of austerity, public revulsion at the sheer scale of tax avoidance reached a new peak. The Coalition Government, having promised to “balance the books” by 2014/15 needed to be seen to be doing something at least to stem the loss of revenues that tax avoidance had caused. In 2010, Graham Aaronson QC was commissioned to lead a study into the possibility of a General Anti Avoidance Rule. However, the terms of the study and of the ensuing formal consultation were limited to targeting arrangements that were “contrived, artificial and abusive”. Effectively, the statutory General Anti-Avoidance Rule had been watered down so much as to be of negligible value in the war on tax avoidance. The blunderbuss had been quietly swapped for a pea-shooter.

And so the General Anti-Abuse Rule was born – not a serious deterrent to most forms of tax avoidance and so fettered and limited that in reality it was mostly bluster and window-dressing. The Treasury estimated that the GAAR would only raise £40-60 million annually in tax, and by any standards, this was a drop in the ocean. Even HMRC’s own estimates of the amount of tax lost in 2013/14 due to avoidance activity (as opposed to evasion and other forms of non-compliance) was £2.7 billion. Other organisations, for example, the TUC, estimated that the real cost of tax avoidance was ten times that amount. But then tax avoidance has been a political football for many years and the definition of avoidance is very different at opposite ends of the political spectrum, with the consequence that such statistics are inherently unreliable.

In 2016, the Government made an attempt to give the GAAR some teeth by enabling HMRC to issue provisional counteractions, ensuring that similar schemes used by a number of taxpayers could all be subject to a single GAAR panel decision and by introducing the concept of GAAR penalties. On the face of it, GAAR penalties of up to 60% of the tax avoided can now be charged in addition to “normal” penalties where arrangements are counteracted under the GAAR (although the maximum total penalties are 100% of the tax avoided). Although this measure does not seem unreasonable in itself, the Government has been warned that such penalties may well be in breach of EU law, although this point has obviously not yet been tested.

So why did HMRC invoke the GAAR on this occasion? I think the likely answer is that HMRC wanted to remind would-be tax avoiders and potential scheme promoters that the GAAR and its associated penalty regime are weapons that it still has to hand. They may not be HMRC’s weapons of choice but there is no point in having them – however poorly designed and limited in their use they may be – if they aren’t used now and again.

In this day and age, it is difficult to estimate how many “abusive” arrangements potentially within the GAAR will continue to be brought into existence, especially in the light of such developments as the Promoters of Tax Avoidance Schemes (“POTAS”) regulations and the updated rules on Professional Conduct in Relation to Taxation, which have coincided with, and no doubt contributed to, a decline in the market for such schemes. It would certainly be a brave, and perhaps foolhardy, tax professional who forayed into that world today.

Whether the GAAR Panel is now going to be inundated with work or will return to its previous slumbers remains to be seen. If it is the former, my suspicion is that that situation will be temporary and the GAAR will ultimately quietly wither on the vine.